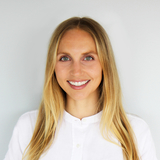 Consulting at Stackline
See All Posts

We’ve been eagerly awaiting Amazon’s Q4 Earnings Report after a record-breaking holiday season, and last week Amazon announced fourth quarter earnings up +21% year over year to $87.4 Billion. Keep reading for a few of the biggest takeaways.

Amazon Prime is stronger than ever. More people joined Prime in Q4 than ever before as it “continues to get better for customers year after year,” said Jeff Bezos, Amazon founder and CEO. There were several enhancements to Prime including:

In a statement from Stackline CEO Michael Lagoni, "Amazon is seeing major dividends from its long-standing belief in the power of subscription and member incentives. Finding innovative ways to bundle incentives that drive Prime membership has been a focus throughout the business for years, and now Amazon's 150 million Prime members represent a massive bulwark against the catch-up attempts of other major online retailers, who may try to compete on the new table stakes of magically-fast shipping, massive product selection, and price, but will be hard-pressed to overcome the barriers to switching that Prime creates. We're now watching that virtuous cycle accelerate: the explosive growth in the loyal community of Prime members entices more brands to bring more products and more ad dollars to the platform,which increases quality selection and drives down price, which makes the value of membership yet higher. The model is brilliant."

Amazon is becoming a fashion destination. As department stores shut down left and right, Amazon Fashion continues to increase its assortment with the introduction of new brands, as well as the expansion of Amazon brands. Amazon Fashion also produced its first holiday catalog and hosted a NYC pop-up showcasing the selections.

Amazon products are getting smarter. Amazon launched new capabilities and integrations for Alexa while Fire TV grew their membership to over 40 million active users worldwide and launched a new product aimed at making it easier for developers, operators, device makers, and manufacturers to integrate Fire TV into their products.

AWS is growing. There were several significant AWS announcements in Q4 as Amazon focuses on growing its cloud computing services. The list of AWS updates can be found here, along with the full Q4 recap.

Posted on
in
Industry News
category

Highlights from the most popular ecommerce search trends this holiday season.

An overview of the 100 categories seeing the greatest change in consumer demand.